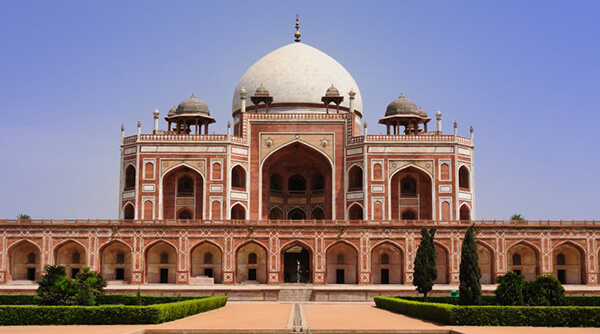 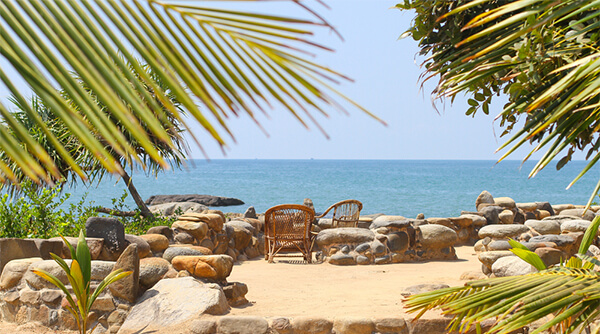 India is a popular travel destination in the world with a diverse traditional lifestyle, cultural richness and amazing forts and palaces being just one part of this enthralling country. And to explore the culture, traditions, and forts no other cities than the three cities, Jaipur, Agra and Delhi are perfect to cherish all these things in a single tour. On the Indian map, these cities make a triangle which gave it a name Golden Triangle. For international and local visitors no other tour is as popular as this one. However, if you want to add some more excitement and thrill then expand it with bonus fun and entertainment by Doing Golden triangle tour with Goa.

Delhi:
This memorable tour starts with India’s capital territory. Welcome to the chaos. In Delhi, fascinating past and fast-paced modernity meet directly. From the conveniently located cosmopolitan city, all parts of the country can be conveniently reached by road, rail or air. Delhi is the metropolis of India. Despite its extreme climate of hot summers and severe winters, it was the capital of many empires. The first city was built on the Yamuna, a large, navigable river in northern India, which flows into the Ganges. The river protects one side of the city, while the Aravalli Mountains form a natural barrier on the other side.

Places you visit and what to eat:
The places you will visit here include Laxmi Narayan Temple, Parliament House, Red Fort, Gandhi Memorial, Jama Masjid, Humayun’s Tomb and Qutub Minar Complex. There are some famous dishes in Delhi that you can found everywhere such as, Chole bhature, Parathas, butter chicken, chaat, biryani, kababs and rolls and last but not least kulfi.

Agra:
After Delhi tour will proceed to Agra. Without a doubt, Agra is a highlight on every trip to India, as it is the location of the world-famous Taj Mahal, which has shaped our imagination of the fairytale-romantic India as is the Red Fort of Agra. This impressive red sandstone palace and fortification was built in 1565 under the rule of Mughal emperor Akbar. Agra was the capital of the Mughal Empire from 1526 to 1648 (intermittently). At that time, it was one of the most powerful and magnificent cities in the world.

Places you visit and what to eat:
Tour of Agra will cover Taj Mahal (an extravagant white marble monument), Red Fort (the erstwhile seat of Mughal emperors) and the tomb of Itmad-ud-Daula. The food culture of Agra includes Mughal cuisines such as Kebabs, Kormas and curries that involve curd, cream, nuts, almond and selected spices. Apart from the famous Mughlai dishes the most popular food item of Agra, is the Pethas made from pumpkin and glucose. Dal moth is a kind of snack and similarly one of the specialties of the city.

Jaipur:
Jaipur, the "pink" city, was founded in 1727 by astrologer and King Sawai Jai Singh and built according to exact urban planning principles. All secondary roads are exactly at right angles to the main roads and are laid out straight. In the center of the city rises the imposing royal palace (City Palace) in front of an unforgettable mountain panorama.

Places you visit and what to eat:
In Jaipur one can enjoy elephant ride at amber fort, city palace, Jantar Mantar, Nawab Sahab Ki Haveli and local bazaars. For food lovers Jaipur grants to your delicious foods that are known all over India; dishes like Dal Bati Churma, Missi Roti, and sweets like Ghevar, Fenni, Gajak, Chauguni ke laddu, Moong Thal, to name a few. Rajasthani food is full of nutrition as it's made in ghee and butter; and is usually vegetarian.

Goa:
After completing Golden triangle tour will proceed to its extended fragment Goa. On the approximately 100km long coast in Goa are various dream beaches for your next beach holiday. White sandy beaches as far as the eye can see, bathed in golden sunlight from morning to night, and the clean Arabian Sea attract tens of thousands of tourists every year. Probably the most famous beach is the 7km long beach Calangute about 15km north of Panjim (Panaji). The palm-fringed dream - Colva Beach is also one of the highlights for beach lovers. Unspoilt beaches such as these in Betul and Palolem will also fascinate you.

Conclusion:
Through this Golden triangle tour packages with Goa, you will get more compelled towards these places. Along with that, this tour also comes up with a unique experience at Goa which we have also included in this wonderful tour. The azure beaches covered in white sands, colorful lifestyle and Portuguese style historical monuments make every Golden Triangle with Goa tour filled with different experiences that will mark an indelible memory in your mind for your lifetime. This expedition starts with your arrival at Delhi and then you will be back to Agra and followed by Jaipur. From Jaipur, it leads you to Goa - the land of beaches.

Upon arrival at Delhi International Airport, our representative welcomes you & take you to pre-booked hotel. Rest of the day is at your leisure and rest. Overnight stay at Delhi.

On 03rd day after breakfast leave for Agra through India’s finest expressway. En-route visit Sikandra. On arrival at Agra check-in at the hotel. In the afternoon visit Agra Fort containing the Pearl Mosque and the tomb of Itmad –Ud – Daula. Evening returns back to the hotel and Stay overnight.

Early Morning visit Taj Mahal at Sunrise, after breakfast drive to Jaipur. En-route visit Fatehpur Sikri, knowns as Ghost Capital. It is one of the finest examples of Mughal architectural splendour. Later continue drive to Jaipur. On arrival at Jaipur check-in at the hotel. Overnight stay at the hotel.

After having breakfast, visit the old Rajput capital, the Amber Fort, with a guide. Take an elephant ride to the ramparts of the fort. In the afternoon visit Jal Mahal (Water Palace), Royal City Palace, Jantar Mantar and Hawa Mahal (the Winds Palace).  Overnight at hotel.

After breakfast, catch a morning flight to Goa. Goa is famous for its magnificent beaches and historical monuments. Upon arrival in Goa, transfer to the hotel. Overnight stay hotel.

After breakfast, In the morning, go out for a half day sightseeing tour of Goa. The main attractions of Old Goa include  Se Cathedral, Basilica of Bomb Jesus and Chruch of St. Francis of Assisi. You are leisure in the evening & we’ll stay overnight at the hotel.

Today morning after breakfast, the first part that we will explore in North Goa. This part is famous for beaches like Anjuna beach, Baga beach, Calangute beach, and Palolem beach. These beaches offer a number of water sports like scuba diving, parasailing, water skiing, and many more. Return to the hotel and relax. Overnight stay in Goa.

After breakfast full day free for your own actions. Overnight at hotel.

Have breakfast at the hotel, catch the flight for Delhi or Mumbai. Here in Delhi / Mumbai. On time catch your flight onward destination. By the end of your Golden Triangle Tour with Goa, you will take back with you the everlasting memories that you will always cherish about.

NOTE: The above itinerary is a suggested one. It can be customized as per your wishes, interests, preferences. More cities can be added in the package as per your comfort. The sequence provided can be flexible.

1. Which is the best time when I can plan a tour to Goa?

Goa is the most prominent tourist hub of India and comes with a lot of excitement and fun package all through the year. But the best time to visit Goa is during Christmas and New year. People also prefer to visit this place during Goa carnival, sunburn festival, and St Francis Xavier’s feast.

2. What activities can you do being in Goa?

Goa is a land that gives you numerous options for all your traveller soul cravings. You can plan out for an island trip, water sports activities, deep sea diving, scuba diving, dolphin watching and a lot more.

3. Is it safe to travel at night in Goa?

Goa is considered to be the party capital of India, and you can usually find people walking on the streets late at night. Especially in Calangute and Baga beaches where most of the tourists reside, you will not feel a difference between day and night.

4. What are the things that you can get to eat in Delhi?

Delhi the capital city of India is famous for its local and relishing flavours. Street food is the best thing that you can have here to experience the city from within. Golgappas, to chole bhature to butter chicken and Kebabs, there are a lot many delicacies that you can have to curb your hunger You can also get a lot many various mouth-watering cuisines at the restaurants which are in abundance. One can also have desserts such as Gulab Jamun, Rabri, jalebi and a lot more to settle down their sweet tooth cravings.

5. Is Goa and Jaipur a perfect combo to plan a tour?

Yes, being at Jaipur will let you live and experience the city with some royal and majestic feel. After touring the place, heading towards Goa can give you a chance to dive down the deep blues of the city and unwind in the pubs and clubs enjoying the nightlife as never before.

Why Book With Unique India Tours

Share your ideas of travel, your interests and budget with Unique India Tours and get an instant quote.

Our motive is to give complete customer satisfaction, so we offer you best services to cater all your travel needs.

We arrange high-end hotels for you during your trip, as your comfort and privacy is our utmost concern.

Experience safe and secure traveling with Unique India Tours as we arrange proficient chauffeurs and comfortable stay for you.

We provide proficient guides, accommodation and excellent food service to meet all your travel needs while making your India Tour hassle free and comfortable with unlimited special offers.

Best Places To Celebrate Holi In India For A Colourful Experience

You might be wondering where to celebrate Holi in India? Well, before that take a look at what the festival is all about. Holi is the antiquated and traditional Hindu sacred celebration observed everywhere in India. Being a spring celebra

Allahabad Kumbh Mela 2019 - The Largest Religious Gathering In The World

When one hears the word Kumbh Mela 2019, a picture of millions of devotees dipping in the pious and magnificent Triveni Sangam appears before eyes. Anything which involves such a vibrant Diaspora is sure to have its own share of fame and

India's Golden Triangle, which comprises the cities of Delhi, Agra, and Jaipur, is renowned as one of the best travel routes for a cultural tour in the country. This vibrant, unique, and cultural tour lets tourists experience the pulchritudinous beauty o